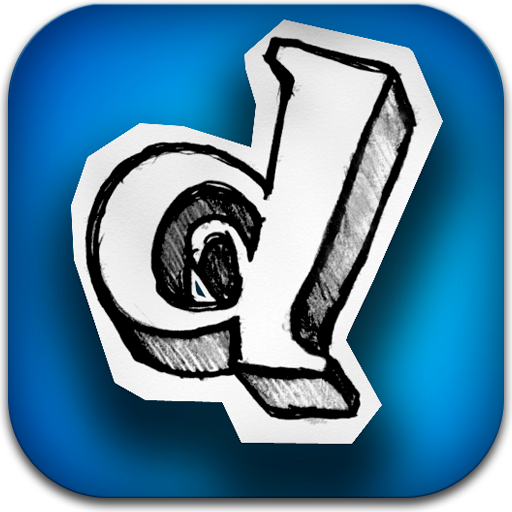 Duudle AI is completely free and has no ads. Duudle AI is available for download on both the iTunes App Store (for iPhone and iPad) and Google Play (for Android).

There is a timed Game mode, but as well there is a Draw mode where you can draw anything without any time limits. In the draw mode you draw freely while the AI guesses. Use the trash can icon to clear the canvas to reset and start with a fresh canvas. You can choose between the two modes in the upper left-hand corner menu.

Guesses: To reveal the AI's guesses tap the AI icon and you'll see the 5 top words the AI is considering as you draw. In per cent (%), the AI indicates how certain it is for each guess. To reveal more than one guess is exciting.

When we trained the AI and tested it we had som much fun. Now we have released this game som that everyone can have as much fun as we did. The game is fun, fast paced and has no ads.

Have fun and play with an AI!

Make sure to have the sound on, as it's much more fun. The AI will say out its best guess in the language you have chosen. In addition to English, the AI speaks 11 more languages. You select language in the top righthand corner menu.

In draw mode you can test an AI, in order to better understand how it "thinks". Through testing different things, you draw you can learn, helping you to score better in game mode. If you draw the most characteristic strokes and shapes first, the AI will guess correctly faster, sometimes frighteningly fast.

Challenge 1. Draw something and make the AI 100 % certain. Tap the AI icon and you'll see the AI's top 5 guesses it's considering.

Challenge 2. In game mode try to get 1 000 points for a single word. This is something you can get if the AI can guess your word within 1 second. Make sure to be ready as the background turns blue, after the countdown, which is when you can start to draw. If you have experimented in draw mode, you for sure has an ace up your sleeve, when the right word appears.

Challenge 3. Theoretically you can get the max 5 000 points, however unlikely to ever happen. Only the future will tell! But over 4 900 points is definitely possible, although it requires practice, understanding and time, (plus a little luck with your collection of 5 random words each round). 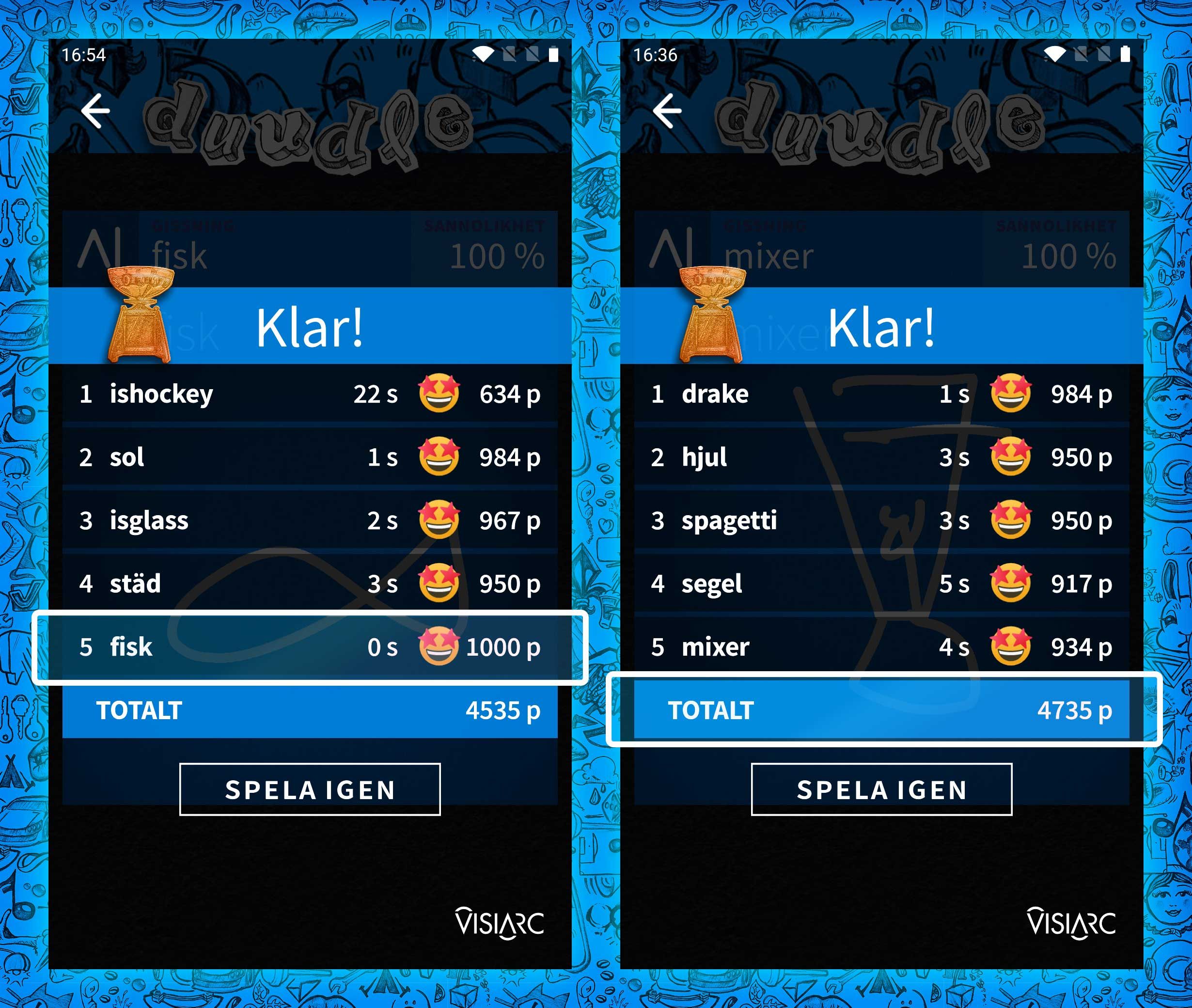 Can you score highest?

Get to know an AI

Playing around with Duudle AI in draw mode, you can gain a better understanding how an AI actually works. This AI is trained on hundreds of thousands of drawings made by humans. It's very fast to recognise handmade drawings, but it cannot read. If you want to put the AI to test, write a letter or number in draw mode. It will fail and rather happily let you know what the letter or number looks like, in a pictorial manner. Start your test with the letter A and Z as well as number 8. To master the AI and ace the game mode, take on the challenge above to exceed 4 900 points. Try drawing simple strokes and shapes. A slightly curved stroke will have the AI guess smile, banana, moon, or hill for example. The actual guess depends on the rotation of the same curved stroke. The next step could be simple shapes as a circle, square or triangle. Check out the 5 different AI guesses (using the AI icon to reveal) and add a simple stroke or shape, you may find the essence of another word. Getting to know the defining strokes in a drawing is the key to unlock really high scores in the game mode. 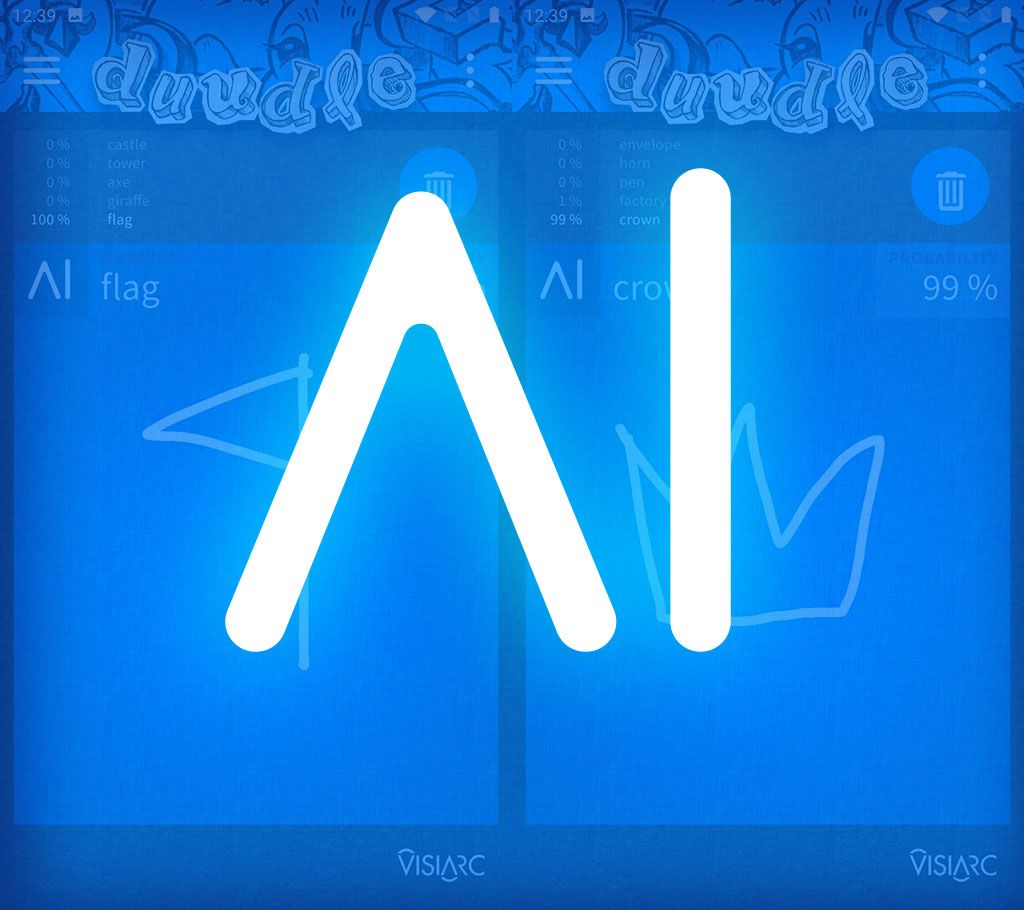 Duudle AI is designed and developed by VISIARC.The artificial intelligence that guesses what you draw is an AI that has been trained on hundreds of thousands of human drawings. The drawings originate from an award-winning drawing-guessing mobile game, Duudle, released earlier by VISIARC. The AI guessing a Convolutional Deep Neural Network. When we trained the AI and tested we experienced how much fun we had, and we were fascinated how quickly and accurately the AI could guess. At the same time we noted how crazy the guesses could be too, just to seem out of control as you doodle on. This was a funny mixed feeling, frustrating yet at the same time hilarious. The game mode is fast and exciting, but we also created a pure draw mode, to draw something or rather anything, but without the time pressure. That was also very fun. Especially interesting the draw mode became once the top 5 guesses by the AI is revealed. Then you really could start to get in under the skin of the AI and get an understanding of how the AI looks at the world, see the paragraph above (Get to know an AI).

VISIARC has been working with Computer Vision i many projects and has been training various types of AI to handle different tasks. We now see that AI is becoming a natural part in most new app projects. Typical applications is to find or recognise something in an image and even count things. Or, to to simply apply AI to have it read a text, two ways we actually use AI in Duudle AI. If you did the experiments putting the Duudle AI to the test you probably have understood that an AI is very good at one thing, that it has been trained to do, but is pretty useless doing anything else (just like trying to get our AI to read or even recognise a single letter, it can't, but is fun).

Have fun with Duudle AI, just like we had when we created it!